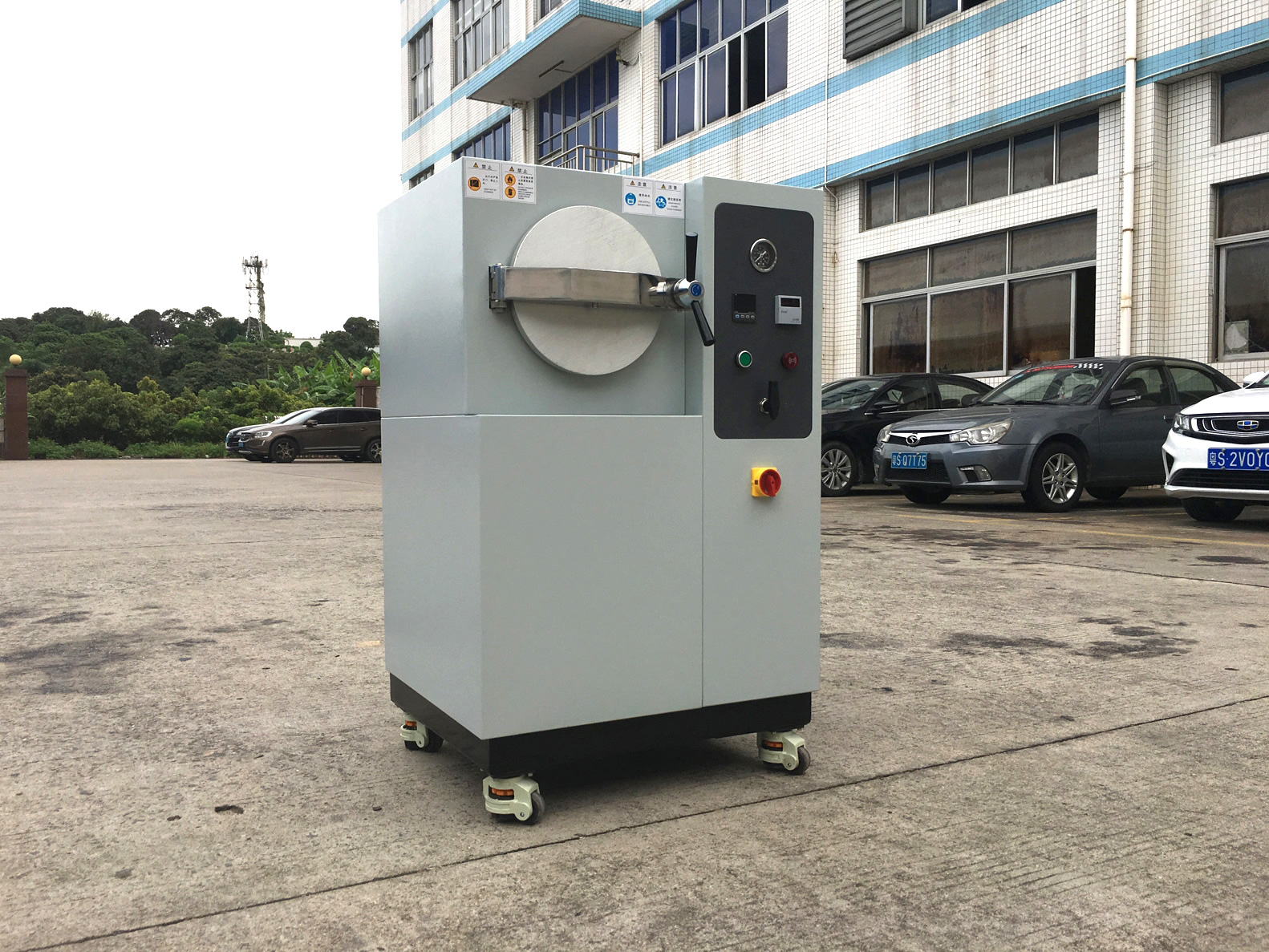 HAST test is a damp heat bias test and has another name “unsaturated pressure cooker test”. Applying test conditions of high temperature no less than 100 degrees Celsius and high pressure no less than 1 hPa, HAST is very effective accelerated test to evaluate the device for its moisture resistance within short period of time. Test condition of 120 degrees Celsius, 85%RH (1.7 hPa), under rated voltage at power supply, for 200-400 hours is generally applied to test semiconductor devices.

PCT is similar to HAST test in testing moisture resistance applying test conditions of high temperature no less than 100 degrees Celsius and high pressure no less than 1 hPa. Difference from HSAT is that humidity condition in PCT is no less than 100%RH and there is no voltage bias during the test. While HAST is called unsaturated pressure cooker test, PCT sometimes called “saturated pressure cooker storage test”. This test method is suitable to evaluate resin sealed device for its thermal resistance in reflow, and crack in resin caused by heat application during the reflow can be detected within short period of time. 121 degrees Celsius, 100%RH (2hPa) for 48-96 hours are general test conditions.

THB is an accelerated test to verify the resin-sealed device for its moisture resistance. Failure induced by moisture such as corrosion, contamination on surface or deterioration in contact can be detected in THB. Test condition of 85 degrees Celsius, 85%RH, under rated voltage at power supply, for 1000 hours (JESD22-A101, etc), is generally applied to test semiconductor devices. 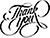 Semiconductor PCT Testing: PCT is mainly used to test the moisture resistance of semiconductor packaging. The products to be tested were placed in strict temperature, humidity and pressure environment. If the semiconductor package is not good enough, moisture will infiltrate into the package along the interface between the rubber body or the rubber body and the wire frame. Common reasons for improper installation: Popcorn effect, The short circuit caused by the corrosion in the dynamic metallization zone and the contamination between the leads of the package body.

Failure Phenomenon of Plastic-sealed Semiconductor due to Moisture Corrosion: Because aluminum and aluminum are cheap and easy to process, So it is usually used as the metal wire of the integrated circuit. Starting from the molding process of integrated circuit, The water vapor will then infiltrate through the epoxy resin causing corrosion of the aluminum wire leading to the opening of the road. Become the quality management most headache problem.

Explanation of Popcorn Effect: Refers to the IC encapsulated by the plastic outer body, Because the silver paste used in the wafer installation absorbs water, Once the plastic has been sealed without precaution, When the downstream assembly welding encounters high temperature, The water will cause the sealing body to burst due to evaporation pressure.

It also makes a sound like popcorn, hence its name, The phenomenon occurs when the water vapor content is higher than 0.17%. Recently, P-BGA packaging components are very popular. Not only will the silver glue absorb water, but also the substrate of the mounting plate will absorb water. Popcorn is also a frequent occurrence when management is poor.

[Pressure Cooker Test] and [Highly-Accelerated Temperature and Humidity Stress Test]: Currently, Most solar materials and modules can withstand long-term DHB(temperature, humidity and bias) tests without failure. In order to improve the test efficiency and shorten the test time, The pressure cooker test method was adopted. There are two main types of pressure cooker test: PCT and HAST.

If there are defects in solar packaging materials and modules that can be identified through inclusion trials, Reduce 1% degradation, can reduce 10% of the LCOE [Levelized Cost of Electricity] (actual energy output, electricity generation cost per kilowatt-hour). The purpose of PCT test is to improve environmental stress (temperature & humidity). Used to evaluate the sealing effect of the module and the hygroscopic condition of the back plate.

PCT [Pressure Cooker Test]/ JESD22-A102 Test Specifications and Conditions: Used to evaluate the integrity of non-air-tight encapsulating devices against water vapor in condensation or saturated water vapor environment. The sample is under high pressure in a condensed, high humidity environment. To allow water vapor to enter the package, exposing the weaknesses in the package. Such as layered and metallized corrosion.

This test is used to evaluate the updating of materials and designs in new packaging structures or packages. It should be noted that there may be some internal or external failure mechanisms in this test that are inconsistent with the actual application. Because the absorbed water vapor lowers the glassy transition temperature of most polymer materials, When the temperature is higher than the glass transition temperature, There may be an unreal failure mode.

Used for moisture absorption rate test, high pressure cooking. For test purposes, If the product under test is a mobile phone, it is used to test the moisture resistance of the mobile phone. The products to be tested were placed in strict temperature, humidity and pressure environment.

If the encapsulation is not good enough, moisture will infiltrate into the encapsulation along the interface between the rubber body or the rubber body and the wire frame. Common installation reasons: popcorn effect, break caused by metal wire corrosion, short circuit caused by contamination between packing body pins. And so on. Unlike the accelerated aging of the inclusion. 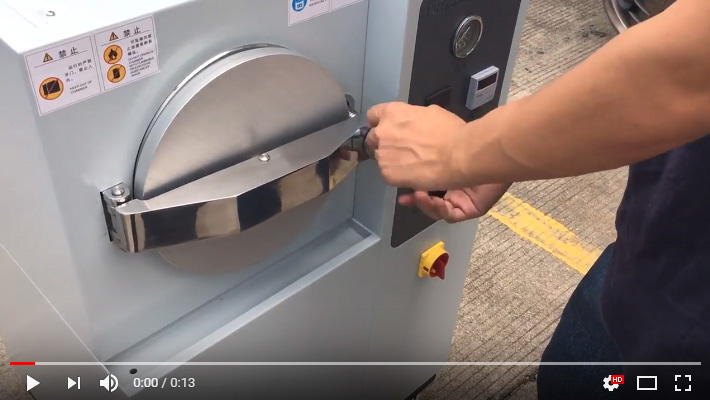 HAST [Highly-Accelerated Temperature and Humidity Stress Test] Test Method: An experimental method of highly accelerated moisture tolerance with temperature and humidity as the main environmental parameters. The HAST Test and the PCT [Pressure Cooker Test] are different. The inclusion Test is called the unsaturated Test, and PCT is the saturated humidity Test.

Damp Heat Test: IEC61215-10-13 The condition of damp heat test is 85 ℃ / 85% R.H. time: 1000 hours. To determine the module’s ability to resist long-term moisture penetration, Through hot and humid test can find flaws: CELL layer, EVA (delaminating, color change, bubble, atomization, Browning), string line black and TCO corrosion, spot corrosion, Thin – film yellow discoloration, junction box degumming loss.. , etc. But 1,000 hours is not enough, according to the test results from the relevant Solar plant. It takes at least 3, 000 to 5, 000 hours for the module to be found to have problems.